Skip to the content
Home > Insurance Blog > Are you Rich?

Posted by Allen and Ballard Insurance Associates on March 2, 2016 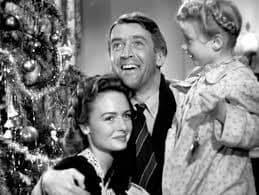 “Because when you stop and look around this life is pretty amazing.” Dr. Seuss

One of the classic movies of all times is- “It’s a Wonderful Life”- starring Jimmy Stewart as George Bailey. The movie begins with a look back at the events and decisions that have led George to his current circumstances in life.

We discover that George wanted to do something BIG and IMPORTANT. He wanted to plan, design and build wonderful buildings and modern cities. He had dreams of a life of travel and adventure far away from Bedford Falls.

And yet time and time again George gives up his dreams and desires to help other people fulfill their dreams. For years George works at his family’s Building and Loan business, while raising a young family.

Finally, everything comes to a head when his business partner Uncle Billy loses all of the Building and Loans cash on his way to make a deposit. George has no alternative but to beg his arch rival Mr. Potter for a loan. As Mr. Potter talks with George and discovers that the only asset George has is a life insurance policy, he refuses to give George a loan and instead tells him he is worth more dead than alive.

With this thought in mind, George races out of the office. Eventually he finds himself ready to jump off a bridge to kill himself so that his family and the Building and Loan will receive the Life Insurance proceeds they need to survive this crisis. In fact, George wishes he had never lived.

This is when Clarence the angel enters the picture and gives George a glimpse of what life in Bedford Falls would be like if he had never lived. George discovers a town he doesn’t recognize and he sees the people he loves suffer in ways he could have never imagined.

And Clarence the angel says- “You’ve been given a great gift George, a chance to see what the world would be like without you. Strange, isn’t it. Each man’s life touches so many other lives and when he isn’t around he leaves an awful hole, doesn’t he? You see, George, you really had a wonderful life, don’t you see what a mistake it would be to throw it away.”

George replies: “I want to live again, I want to live again, I want to live again, please God let me live again.” George finally recognizes the positive impact he has had on the lives of so many people. And for the first time, the very first time George recognizes that although he didn’t fulfill his dream of building wonderful skyscrapers and modern cities he actually has done something much more significant and important; he helped others build lives of significance. He finally sees that he has made a difference; that his life has mattered; that there is tremendous blessing and fulfillment in leading others to a life of significance. He discovers that his current reality is better than his dreams could have ever been.

Everything changes in a moment when George realizes he has been living a life of significance. Not one circumstance had changed, but he had changed and that was all that mattered.

The movie ends on these final two thoughts. First, a note from Clarence- “Remember no man is a failure who has friends.” And secondly his brother Harry says- “A toast to my big brother George, the richest man in town.”

87. What dreams and riches have you been chasing? (Are they the right ones?)

88. What things in life make you truly rich?
89. How can you become the “the richest person in town?”

“Strange isn’t it? Each man’s life touches so many other lives, when he isn’t around he leaves an awful hole; doesn’t he?”  Clarence the Angel in “It’s a Wonderful Life” 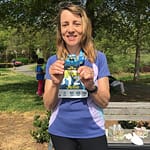 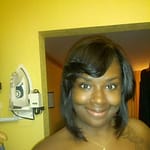